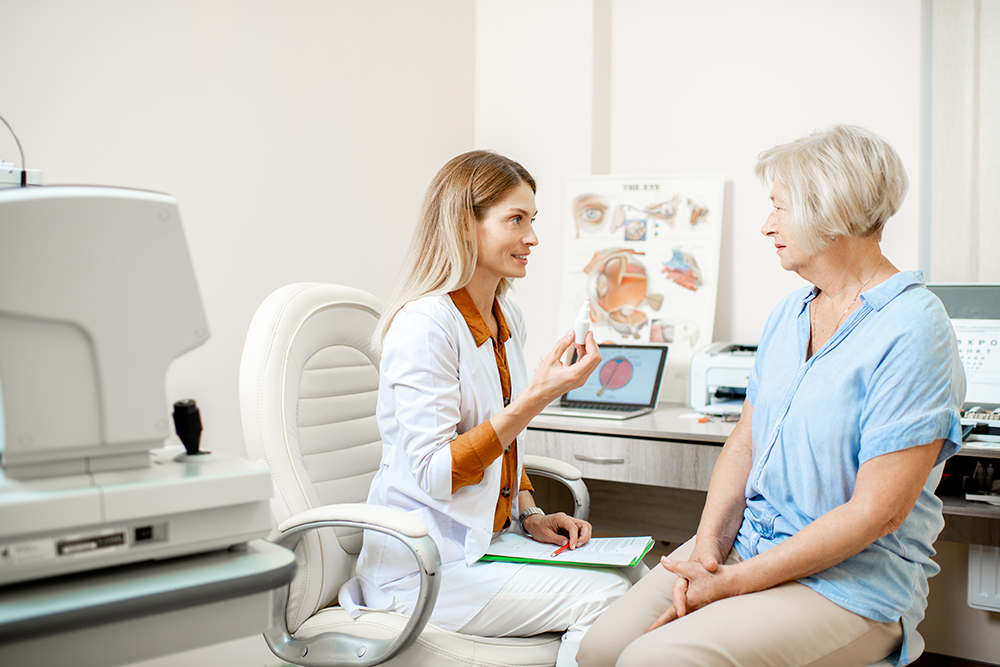 Mother always said “Never talk about money, religion or politics in polite society. It only leads to chaos.” Given the state of the world at the moment, we think she had a point. In that spirit, please note: presbyopia and progressive lenses have nothing to do with religion and politics.

If you’re over 40, you may already be aware of presbyopia, even if you can’t put a name on it. According to the Cambridge dictionary it’s “a condition which someone finds it difficult to focus the eyes on things that are near, especially when there is not much light, which usually gets worse with age.” So, yes, it has nothing to do with religion. But when you, well, see the light, presbyopia becomes an easier cross to bear, as it were.

Before, around 30 years ago, the only way to address this condition was with bifocal or trifocal lenses. That’s when the lower portion of your glasses’ lens is cut to correct your inability to focus on close objects, like your phone or computer screen. Meanwhile, the top portion has a different prescription for focusing on greater distances.

Adjustment to these lenses can be a pain for many wearers. The abrupt change in prescription that occurs when your eye tracks upwards could prove frustrating. And what about the distance in between? For many wearers, even after adjusting somewhat to bifocals, middle distances remain slightly blurry.

Along came trifocals. They aimed to help the adjustment by offering a middle-distance custom prescription between the up-close one on the bottom of the lens and distant one atop. It’s a Goldilocks solution, which sounds great, right?

Ask any parent who’s recently read Goldilocks to their kids (and who may find herself needing to remove her glasses to focus up close in the dimming evening light): nobody’s happy at the end of this classic fairy tale! The 3 bears are furious at the mess this bold child made of their home. And Goldilocks herself was terrified into wakefulness by a family of angry carnivores before sprinting out the door, never to return.

Is there another solution? Creditview Optical also offers “progressive lenses”.

As the name suggests, the transition of progressives between near and far vision-correction is gradual.  So once you adjust, you can see clearly at any distance, not just two or three. And getting used to that continuing gradual correction should be much easier than the abruptness and limited choices of bifocals or trifocals.

There’s a variety of progressive lenses, from the conventional to hi-def and more. (Ask about the latest Nikon Seemax Ultimate lens with virtually zero distortion.) Our goal is simple: to find the best ones for you.

Which leads to the third thing mother suggested we don’t talk about: money.  Schedule a visit to learn if bifocals, trifocals or progressives are right for you and how little they can cost. Remember, your insurance may cover some or even all of it. You can also call (905) 826.2811.