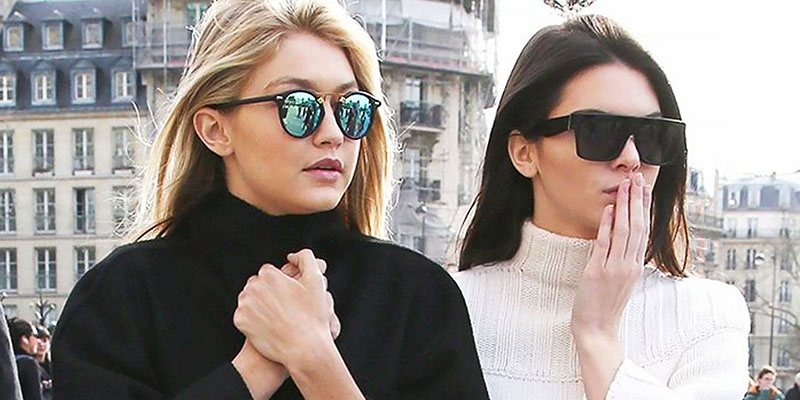 Maybe it has something to do with the aging Baby Boom — or maybe the rest of the world is finally catching up to Creditview Optical. Wearing glasses has become tres chic over the past decade, with major celebrities sporting fashion eyewear (that some of them don’t even need).

Huge stars like Anne Hathawy, Alicia Keys, Brad Pitt and Jennifer Aniston are making glasses cool and we salute them all. Here are 3 of our favourites who have broken other barriers while doing that.

John Lennon wasn’t often seen in his glasses in the Beatles’ early years, despite his profound shortsightedness. He once said he was happy to not to be able to see his huge audiences because they would have terrified him. (In this short video clip, George Harrison calls John ‘blind as a bat’ at about the 52-second point. ‘He couldn’t see a thing.’)

It wasn’t until 1966 that Lennon began wearing those signature round glasses which have became universally cool. Those glasses were issued by Britain’s National Health Services — aka free government handouts — typically for people too poor to buy more fashionable specs. They could not have been less cool at the time.

Lennon changed that. The anti-fashion statement was a bit Michael Jackson wearing a single glove in the ‘80s. MJ claimed it was something that poor kids could cop onto — except his move wasn’t quite so practical. John Lennon’s followers would be able see with both eyes, while Michael’s still had one cold hand.

Actor Jeffrey Wright has been delivering marvelous performances for decades. You may recognize him from blockbuster movies like Casino Royale and The Hunger Games, or his compelling roles in such popular TV shows as Angels in America and Boardwalk Empire.

But you must see his most recent portrayal of Bernard in Westworld to believe it. His glasses were quite literally a ‘focal point’.

His character is a middle-aged robotics engineer from the near future who constantly looks over his frames or removes his glasses completely to see things up close. It’s this very quirk that makes him so human. But late in Season 1, we learn that Bernard himself is actually a robot, simulating humanity. Wright’s remarkable performance stands out even amid this stellar cast, which includes such icons as Sir Anthony Hopkins, Evan Rachel Wood and Ed Harris.

Oprah Winfrey has never made a secret about her struggles with depression, anxiety, her weight or even abuse in her childhood. So donning a pair of glasses may not seem all that daring. But we still love it when she rocks a pair like these glass-ceiling cracking nerd frames at last year’s Tony Awards.